Cure Parkinson’s is delighted to announce the winner of the 2020 Fundraiser of the Year Award as the incredible Meriel Buxton. This award recognises a person who has ‘gone above and beyond’ to raise funds and/or awareness for Parkinson’s, and Meriel works tirelessly as the head of the Leicestershire, Northamptonshire and Rutland Committee to do just that.

Her commitment and dedication shone particularly brightly during a somewhat bleak year as, supported by the committee, she led the charge in organising two hugely successful and innovative fundraising initiatives despite the challenging and uncertain circumstances.Meriel has led the Leicestershire, Northamptonshire and Rutland Committee since it was founded in 2012, shortly after her brother Gavin Cowen, who lived with Parkinson’s died. Both Meriel and Gavin’s wife Toots Cowen, who is also living with Parkinson’s, felt they wanted to do something to help. So Meriel, Toots and Meriel’s husband James went to visit Cure Parkinson’s late co-founder and president Tom Isaacs and, in Meriel’s words, ‘the rest was history!’ Meriel and the committee have organised an incredible number of fundraising events since 2012, raising around £350,000 in total for Cure Parkinson’s.

As 2020 began to unfold however, it soon became clear that the events planned by the committee could not go ahead as expected. Instead of simply writing them off, Meriel remained determined to continue raising funds and awareness and worked incredibly hard to create alternate events which could go ahead in the new virtual and socially-distanced world. 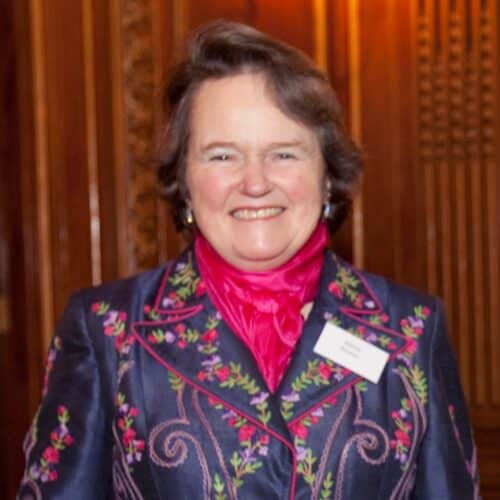 Maura Ward – Fundraiser of the Year 2019 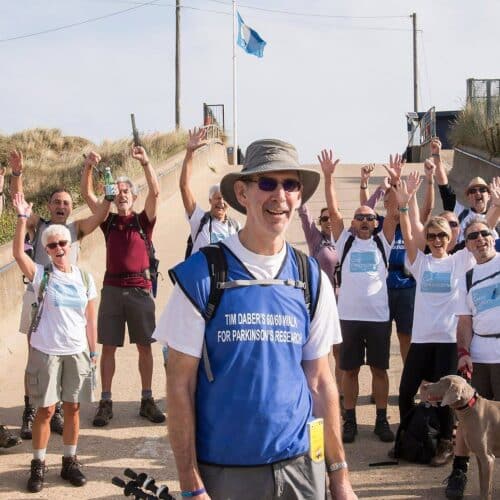 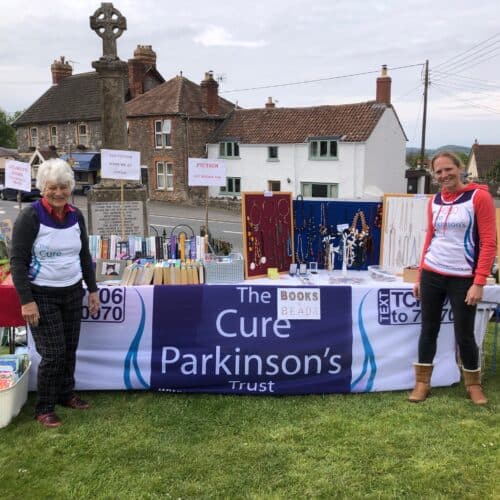 First, Meriel had the idea of producing a special glossy magazine called ‘Cabbages and Kings’, which featured articles from a range of fantastic writers including Terry Waite CBE and Cure Parkinson’s patrons Paul Mayhew-Archer MBE and Joanna Trollope CBE. The magazine covered a wide range of topics and was hugely popular, raising just under £14,000.

Later in the year, Meriel led the committee in organising an incredible virtual Christmas Market which exceeded all expectations, featuring over 120 thoughtful and appealing items from Christmas trees and puddings, to a week in a countryside cottage, restaurant vouchers and a canoeing adventure. The market raised over £16,000.

Meriel’s dedication has not only raised an astonishing amount for Cure Parkinson’s, but has raised invaluable awareness of Parkinson’s and the charity in the region. She is so highly thought of in the community and among her committee; one nomination recognised Meriel as a ‘superhuman fundraiser, who has the ideas and makes them happen,’ with another noting: ‘Meriel is just an inspiration to whoever she meets.’

We are delighted that Meriel has continued to support Cure Parkinson’s for so many years, and particularly grateful for her incredible efforts in 2020, a difficult year for so many. She has worked hard to galvanise her networks, and has always rewarded all her fellow supporters with thought-provoking and valuable feedback in return for their generous donations. It speaks volumes about Meriel that she insists this is a team effort, and our sincere thanks go to the committee who dedicate so much time to supporting the cause. But we are delighted to recognise Meriel at the helm!

The main highlights for both these projects were the amazing generosity of friends and strangers alike. All the committee have been great throughout. Toots is a tower of strength in every possible direction, and James is a brilliant treasurer! There were inevitably a few problems, particularly when restrictions became tighter just before Christmas. There is still a Christmas cake marooned in Hampshire, but thankfully that was bought by my son who will happily eat Christmas cake at Easter or August Bank Holiday!

We’re here for the cure. Cure Parkinson’s is working relentlessly and with urgency to find new treatments to slow, stop and reverse Parkinson’s. Our funding and innovation has redefined the field of Parkinson’s research, enabling the world’s leading researchers to prioritise the next generation of drugs for clinical trial. Together we will conquer Parkinson’s.