This week the biotech company Denali Therapeutics announced the results of a phase 1 clinical trial of their LRRK2 inhibitor drug called ‘DNL151’.

LRRK2 (Leucine-rich repeat kinase 2) is a protein that has many functions in cells, but in some cases of Parkinson’s (around 2% of all Parkinson’s cases in the U.S.) a tiny genetic error in the region of DNA used to make LRRK2 causes the protein to become hyperactive, and it is believed that this has a role in the progression of Parkinson’s. Biotech companies have been developing drugs that will reduce LRRK2 activity and, it is hoped, slow down the progression of the disease.

The studies involved 184 healthy volunteers and 36 individuals with Parkinson’s. The results showed that not only was the drug safe and well tolerated (up to 28 days of treatment), it also reduced measures of LRRK2 activity by more than 50%. Interestingly, the biotech firm reported that markers of LRRK2 activity in individuals with sporadic Parkinson’s were two-fold higher than healthy controls, indicating that LRRK2 activity may be elevated in people with Parkinson’s who do not have the LRRK2 genetic error. This finding suggests that LRRK2 inhibitors could potentially be a new treatment for people without LRRK2 genetic mutations, if future clinical trials find that these drugs can slow the progression of Parkinson’s.

Denali Therapeutics is now collaborating with the pharmaceutical company Biogen to continue the clinical testing of DNL151. The companies are planning to initiate two late-stage clinical studies in Parkinson’s later this year and are seeking to identify individuals with LRRK2-associated Parkinson’s. Cure Parkinson’s is helping this process by funding the PD Frontline project. PD Frontline is identifying people with LRRK2 genetic mutations as well as people with GBA gene-associated Parkinson’s for a more targeted approach towards tackling Parkinson’s and ultimately a cure for the condition. 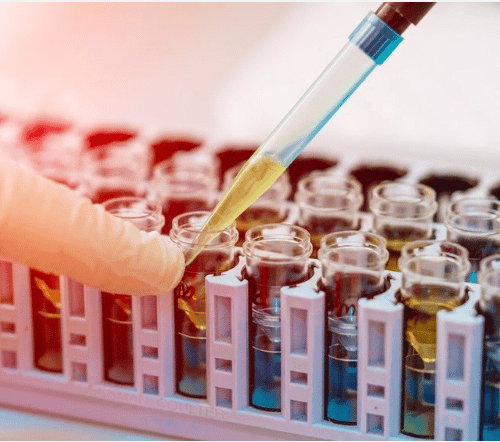 Find out more about PD Frontline – supported by Cure Parkinson's