There is increasing evidence that inflammation and the immune system might have contributory roles in the development and progression of Parkinson’s.

The immune system is vital for the recognition and disposal of abnormal substances and diseased cells in the body. Damaged or infected cells will alert the immune system to their situation by releasing various messenger proteins, which activate the immune system causing inflammation of the affected area of the body. Usually this ‘inflammatory response’ is finely balanced between activation and suppression. However, in Parkinson’s the immune system appears to be over-activated, and it is this hyperactivity that may be partly responsible for the brain cell damage in Parkinson’s.

Dr Williams-Gray’s team at the University of Cambridge’s Centre for Parkinson-Plus are therefore conducting a clinical trial of azathioprine (AZA-PD), a medication already used to treat inflammation by dampening down the immune system’s response, with the aim of slowing brain cell damage and slowing the progression of Parkinson’s.

This trial will allow us to test a brand new strategy of suppressing the immune response to slow the progression of Parkinson’s disease.

Cure Parkinson’s is funding a sub-study of the AZA-PD clinical trial which will examine precisely how azathioprine interacts with the immune system in Parkinson’s. Evidence suggests an imbalance between specific types of immune cells in the blood in Parkinson’s with an over-abundance of ‘inflammatory’ TH1 and TH17 cells, but it is not clear whether their movement into the brain is affected. The AZA-PD study team plans to investigate the immune changes in the blood and cerebrospinal fluid (the fluid that bathes the brain and spinal cord) in samples from participants enrolled in the trial. They will characterise the immune cell profile and compare this before and after treatment with azathioprine. They will also compare the immune response profile of Parkinson’s participants with healthy control participants of a similar age. This will provide information on whether azathioprine is able to ‘correct’ the Parkinson’s immune profile and reduce inflammatory immune cells entering the brain, which will indicate whether it should be further tested as a future Parkinson’s treatment.

Professor Alasdair Coles, Chair of Cure Parkinson’s Research Committee – “This is a low-risk, high-gain ‘bolt-on’ study of a drug which suppresses the immune system in Parkinson’s disease. The scientific importance of the trial itself is that it will test whether, and to what extent, inflammation in the brain is responsible for the symptoms of Parkinson’s. If the trial is positive, this study will allow us to better understand why the drug has been effective. If the trial is negative, we will know which parts of the immune system are not relevant to Parkinson’s  symptoms.”

Dr.Williams-Gray – “This trial will allow us to test a brand new strategy of suppressing the immune response to slow the progression of Parkinson’s disease. Our primary measure of the efficacy of azathioprine will be how it affects movement and balance. But in addition to testing whether the drug has a clinical benefit, we want to understand precisely how it is altering the immune system in Parkinson’s. This additional funding from Cure Parkinson’s will allow us to investigate this in both the blood and cerebrospinal fluid – the fluid that bathes the brain. We already know that immune cells cross from the blood into the brain in Parkinson’s and we think this might be important in driving faster disease progression. The key question that this sub-study will address is whether azathioprine treatment can reduce the entry of these cells the brain – so helping us to understand how the drug might have an effect on this disease.”

Note: In the video Caroline Williams-Gray discusses the AZA-PD trial, which will take place at the University of Cambridge’s John Van Geest Centre for Brain Repair. The AZA-PD trial is funded by the Cambridge Centre for Parkinson-Plus (https://ccpp.cam.ac.uk/) and by Cure Parkinson’s, and is supported by the NIHR. (Disclaimer: the views expressed are those of the researcher and not necessarily those of the NIHR or the Department of Health and Social Care.) Caroline holds a RCUK/UKRI Research Innovation Fellowship awarded by the Medical Research Council (MR/R007446/1). 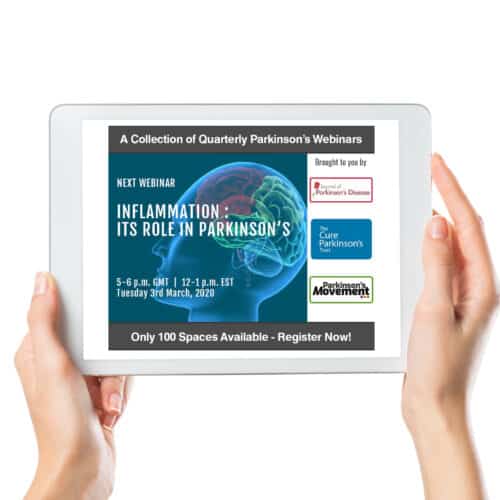