The funding will support research into drugs that are identified as potentially disease-modifying in Parkinson’s within the iLCT initiative, a thriving global programme that aims to develop new therapies for Parkinson’s. Many of these drugs are repurposed medications originally designed to treat other diseases. Candidate drugs are evaluated and prioritised annually by a large committee of world-leading Parkinson’s experts that select which drugs should enter clinical trials in people with Parkinson’s. These drugs have the potential to get to the clinic much faster as they have already passed crucial safety tests.

Since its inception in 2012, CPT’s and VAI’s involvement has ensured that each year the iLCT initiative goes from strength to strength. To date, 46 drugs have been prioritised by the iLCT committee, many of which have now been fast-tracked to clinical trials with CPT involvement.  This year’s committee meeting, which takes place virtually 21– 23 September, will address the next generation of drugs for prioritisation.

The new agreement follows a previous funding arrangement between the three partners that supported a recent clinical trial of ambroxol, a respiratory drug that was prioritised by the iLCT committee in 2014 for its potential to modify the progression of Parkinson’s.

The phase II clinical trial of ambroxol, led by Professor Anthony Schapira of the University College London Queen Square Institute of Neurology, revealed that this drug is safe and well tolerated by participants. Importantly, the results also showed the drug is able to cross the blood-brain barrier and, importantly, increases levels of glucocerebrosidase (GCase) in the brain cells of people with Parkinson’s.

The protein GCase allows cells to remove waste more effectively, a function that evidence suggests is deficient in some people with Parkinson’s. Increasing levels of this protein may have the potential to keep cells healthier for longer and, therefore, slow Parkinson’s progression. The trial results were published in The Journal of the American Medical Association in January.

The involvement of JBCF in iLCT funding over the next three years, alongside VAI and CPT, is hugely welcome in the light the adverse effects of COVID-19 on fundraising. Strategic funding by JBCF, VAI and CPT will make a huge difference: vital research into a cure for Parkinson’s catalysed by the iLCT programme will continue and expand even in these uncertain and challenging times.

“We are thrilled that our long-standing collaboration with The Cure Parkinson’s Trust on the International Linked Clinical Trials initiative has received this large funding commitment from the John Black Charitable Foundation, and look forward to expanding our program to evaluate additional promising medications in the coming years.  We continue to be in debt to the trial participants, without whom this critical work would not be possible. I am immensely hopeful that, together, we will find a way to slow or stop Parkinson’s progression.”

Will Cook, CEO of CPT said:

“This is fantastic news. In a year when charity and research news has been dominated by COVID-19, it is wonderful to able to share such positive news about Parkinson’s, iLCT and potential cures. We are hugely grateful to the John Black Charitable Foundation and the trust they have shown in CPT, VAI and the groundbreaking work of our iLCT committee. Every penny donated will be used to deliver clinical trials in the programme. We have now prioritised several drugs with promise which are not yet in trial, and this money will enable us to support trials for several of these. This is exciting, as all the prioritised drugs have the potential to take us closer to our goal: a cure for the 10 million people worldwide living with Parkinson’s.”

“The massive clinical undertaking involving so many drugs repurposed from other therapeutic areas is unique not only in neurology, but is larger than any drug repositioning programme, whether academic or commercial, in any other disease. The scientific collaboration, and funding partnership, between VAI and CPT has produced scientific rigour, creativity and, of course, numerous clinical trials of drugs, each with strong potential to slow or stop the progression of Parkinson’s. With the further funding agreed with JBCF, we look forward to continuing and accelerating the iLCT programme in the years ahead, until we find a cure.”

The Cure Parkinson’s Trust (CPT) has one bold aim –to cure Parkinson’s. CPT funds pioneering research around the world which is dedicated to finding new treatments that can slow, stop or reverse Parkinson’s. Further information is at www.cureparkinsons.org.uk.  CPT is a registered charity in England and Wales (1111816) and Scotland (SCO44368).

Van Andel Institute (VAI) is committed to improving the health and enhancing the lives of current and future generations through cutting edge biomedical research and innovative educational offerings. Established in Grand Rapids, Michigan, in 1996 by the Van Andel family, VAI is now home to more than 400 scientists, educators and support staff, who work with a growing number of national and international collaborators to foster discovery. The Institute’s scientists study the origins of cancer, Parkinson’s and other diseases and translate their findings into breakthrough prevention and treatment strategies. Our educators develop inquiry-based approaches for K-12 education to help students and teachers prepare the next generation of problem-solvers, while our Graduate School offers a rigorous, research-intensive Ph.D. program in molecular and cellular biology. Learn more at vai.org.

The John Black Charitable Foundation (JBCF) was created out of the Will of the late John Black. The aim of JBCF is to promote quality research in the areas of Parkinson’s Disease and Prostate Cancer.  Since its inception, JBCF has committed substantial funding for a large number of research projects at many of the UK’s leading institutions. 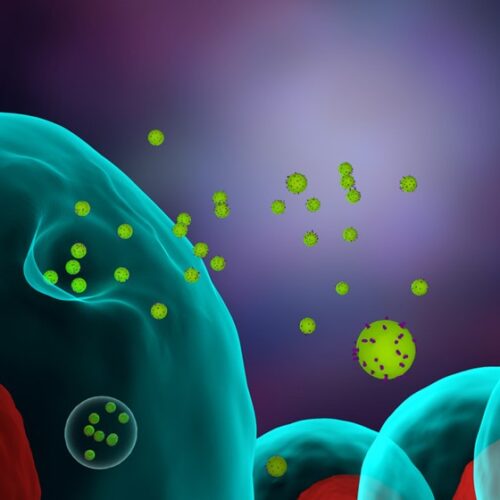