With the cancellation of CPT’s six-day ‘Raid Alpine’ fundraising cycle challenge, a COVID-safe version has been organised which lets participants take on the first day of the challenge – covering 137km in distance and an extraordinary 3,700m of ascent – either in their local area or at home on virtual cycling platform Zwift. To put this into context:  3700m is the ascent from Mt. Everest Base Camp to the Summit. Our team will be doing all that, on a bike, in one day.

While Mike, who was due to take part in the ‘Raid Alpine’, will tackle this challenge on the gruelling hills of Gloucestershire, his team of celebrity stars will lead the virtual ‘Raid Local’ on the online cycling App, Zwift. This will involve identical distance and ascent, split into three consecutive stages.

The team will also be joined by:

With over 1 million users, Zwift allows remote cyclists to connect with others in the virtual world and ride together. CPT is offering this unique opportunity to ride virtually alongside these celebrities, with participants being able to ask the celebrity lead riders questions via the in-event messaging facility. This virtual ‘Raid Local’ will run at precisely the same time as the ‘Raid Local’ taking place in parallel on local roads throughout the country.  The “Grand Depart” around the country and on Zwift, led by Mike and Sir Chris, will be 8am BST on 28th June.

To join this unique star-studded event on Zwift, CPT is asking for riders to donate £20, or more if they are able, to the charity’s ‘Raid Local’ JustGiving page.

Alternatively, riders can join Mike Tindall riding outdoors, by taking to their local roads and donating or raising money for the charity.

CPT currently faces a large loss of income due to the effects of COVID-19; donations from Raid Local are needed now, more than ever, for CPT’s vital work to find a cure for Parkinson’s to continue. The 145,000 people with Parkinson’s in the UK need this urgently.

CPT is incredibly grateful to the celebrity riders for lending their support to this event.

For more information or press enquiries: rachel@cureparkinsons.org.uk or
01923 779555

Parkinson’s is a degenerative neurological condition characterised by tremors, stiffness, slowness of movement and balance problems, as well as problems with cognition, chronic pain, sleep disturbance, depression and more.  Parkinson’s affects men and women, young and old across all social backgrounds. 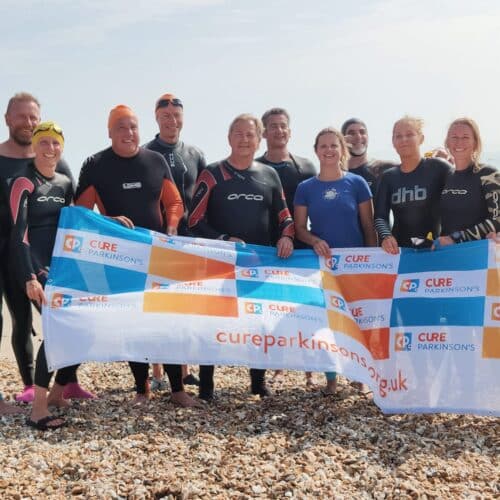